Software house IT-Solve is a team of experienced specialists who offer customers the creation of applications on iOS that increase sales, enable communication with customers or improve process management in the company.

Apple is the safest platform in terms of mobile application development. It provides users with strong protection against viruses and malware, so dedicated software on iOS is an ideal choice for creating applications.

Apple is known for providing the world's best mobile experience. Rigorous App Store guidelines are one of the ways that forces developers to create high-quality applications for iOS.

Apple users benefit from a unified environment. The limited number of devices makes it possible for iOS developers to provide a perfect look on any smartphone or tablet.

Creating iOS apps helps the company achieve a better return on investment because iOS users are willing to pay more than those who use Android smartphones.

iOS is Apple's mobile operating system, which is used in mobile devices - iPod Touch, iPad and iPhone and belongs to the Apple ecosystem. It was introduced in 2007 with the original iPhone and immediately became a major player in the smartphone market. iOS is fully proprietary and can only be used on Apple Inc. devices. Due to the great popularity of iOS devices, many entrepreneurs decide to create mobile applications on iOS that are dedicated and tailored to the specific ecosystem.

Creating applications on iOS involves several stages, which are slightly different depending on what industry our client represents, what are his expectations and what solutions the application users need. At the very beginning we learn the specifics of the client. We also often suggest participation in Product Design workshops, which allow us to concretize our application needs. Programming services also focus on creating initial views of the application and designing solutions. After creating an application on iOS, we conduct software testing - first internal and then external, carried out by the client and application users. After their completion the application can be implemented into the AppStore store on iOS.

Want to build a great application for iOS? Let's make it a success story!
Applications for startups

Do you want to test your idea quickly and economically? Do you prefer to make sure that you have defined appropriate features based on the requirements of future users? Our programming, design and development services will help you find the perfect fit for the market. We will use our knowledge, experience and great analytics to create MVP and then a mature mobile application for iOS users.

Do you have complex internal processes, or maybe your customers are waiting for an application that will increase the turnover of your company? We will be happy to learn about your needs, investigate your problems and find solutions. Together we will create an iOS application that will help you achieve your business goals and future users will be happy to use it. Whether you need a standalone mobile application, an accompanying application for a running product or simply technical support, the programmers creating the software house IT-Solve are ready to cooperate.

Hey OK
see case study
see all projects
Don't you have an idea yet? Let's clarify your vision together!
Discovery Workshops 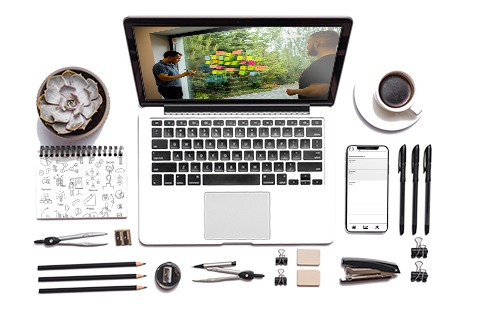 How to verify an idea for an application? Use Discovery workshops to find out whether creating mobile applications on iOS meets your needs or whether it is better to use another technology. With our help your idea will be verified and improved with necessary solutions.

Product Design Workshops, which we offer to our clients, precede the creation of a mobile application on iOS and Android or a web application. They enable us to design a coherent vision of the product, propose new solutions and preliminary design of application views. After the Product Design workshop you will receive a valuation of the project and you will be able to make a final decision whether you choose to create iOS applications by our programmers, graphic designers and UX designers.

We have comprehensive technological knowledge, thanks to which we are able to deliver high quality applications tailored to the customer's business requirements. Our experienced developers work with: